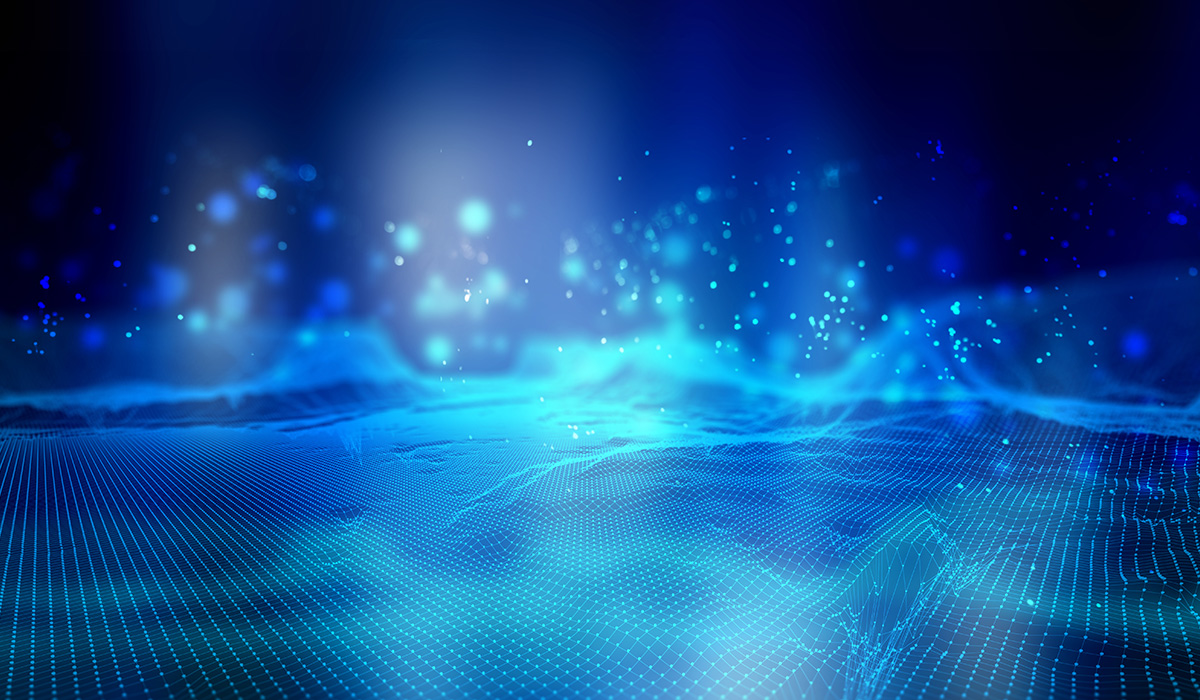 Innovations in Artificial Intelligence (AI) have yielded benefits across many industries. AI offers multiple advantages for our society, but like any advance, it also brings disadvantages and challenges for its developers.

Artificial Intelligence (AI) is no longer a concept that will change our future but a reality more rooted in our present than we think. Thanks to it, today, companies worldwide are making their processes more efficient, and people have access to various devices with integrated AI that improve their work and lives.

Simply put, Artificial Intelligence is the combination of algorithms in machines so that they perform jobs requiring human intelligence. This is a constantly updated technological improvement that took its first steps in the 50s and 60s, with programs such as ELIZA, one of the first applications to process natural language and be able to communicate through programmed sentences.

Today, we find everyday applications like Siri, Alexa, Cortana, or OK Google, which we use for routine tasks such as finding a location, playing music, making a call, answering messages, learning specific information, and much more.

In the corporate arena, AI is used for automation, language processing, and productive data analysis. More and more companies in various industries (private security, retail, agriculture, construction, manufacturing, etc.) are turning to Artificial Intelligence. Although each one does so for specific reasons, there are common and evident benefits for the whole sector: by using software and applications that analyze and structure their information more efficiently, there is a greater margin to make faster and more informed decisions.

According to specialized studies, companies that integrated AI grew from 4 to 14% in the last two years (Gartner) and the global AI market is expected to increase by approximately 54% each year (Statista).

Medical prevention has also benefited from this. Now it is even possible to predict the early stages of breast cancer thanks to AI-based technologies.

Now, we will discuss some concrete advantages of Artificial Intelligence and why they have impacted various sectors.

24/7 availability
Human intelligence is unmatched, but it is well known that we people cannot stay active all the time and that sooner or later, exhaustion catches up with us. AI, on the other hand, can work 24/7 with the same performance and efficiency. This means that we may employ Artificial Intelligence in tasks that are crucial for organizations, such as data analysis.

An example is data that must be examined in production plants to know the status of the machinery and optimize it. This investigation requires a great deal of time and concentration from employees. For this reason, Artificial Intelligence categories such as machine intelligence are now in charge of analyzing such data, as it is incorporated into production processes and detecting anomalies to correct them in time.

Reduce errors
Since the human brain can only remain active for a certain amount of time, it is possible to make mistakes in our work due to fatigue, workload, and other factors. Another scenario is that we spend too much time reviewing what we do to avoid these failures. Thanks to machine learning and deep learning advances, companies can now achieve a zero error rate in their activities.

Deep learning, for instance, is used in autonomous car sensors to measure their speed of movement and the distance between objects. In this way, they take advantage of this information to decide on their maneuvers and thus avoid accidents.

On the other hand, some production lines incorporate AI in infrared sensors to detect minimal defects in their product parts and warn about them. We also see this type of error reduction in weather forecasting and business accounting data.

Zero risks
Thanks to AI-infused robots, people are now safer than ever in their jobs, especially if they involve industrial maintenance, maritime exploration, mining, working at heights, or military maneuvers.

Equipped with algorithms and databases that facilitate decision-making, these robots can now perform dangerous tasks for us; for example, industrial equipment maintenance in which these technological helpers can also increase machinery performance and lifecycle.

Another crucial activity where AI can greatly help is prevention or rescue during natural and human-caused disasters. Today, the consequences of a nuclear disaster such as Chernobyl could be minimized with a human-machine collaboration able to reduce the effects of radiation and the spread of fires.

A large part of our daily activities is made up of repetitive actions that, for better or worse, consume valuable time: scheduling meetings, sending emails, reviewing documents, among others. Fortunately, there are several software on the market that can help us automate these tasks and allow us some free time in the process.

For example, many insurance companies entrust the analysis of their claims to AI programs capable of reviewing a huge number of files quickly.

One of the most valuable qualities of Artificial Intelligence is that we can employ it in fields that are constantly innovating. Its algorithms can process a high volume of data in real-time and are programmed for a single objective without involving emotional factors or personal preferences.

These features are especially useful in tasks such as marketing research, where algorithms can easily detect consumer preferences or evaluate if certain materials and campaigns will be effective.

In turn, the fields of education and entertainment rely heavily on deep learning technologies such as automated speech recognition (ASR), which is especially useful for automatically transcribing audios and videos.

Artificial Intelligence inevitably poses challenges that can be turned into opportunities with the right approach.

Many of the disadvantages of Artificial Intelligence have to do with our learning curve and the constant innovations in this technology. Given this situation, organizations and individuals need to be informed about these technologies' potential advances and risks when developing AI solutions.

Let's take a look at some of the disadvantages of Artificial Intelligence:

High implementation costs
Most AI machines employed by enterprises have high deployment, maintenance, and repair costs. Also, developers must constantly update their hardware and software to keep up with the latest requirements of the environment.

In this sense, companies that are just becoming familiar with this technology and cannot spend a large budget on it will have to differentiate between the activities where the use of AI is essential and those that can be carried out with other types of automation.

Fortunately, there are also features such as cloud computing -which hosts AI functions in the same virtual space without affecting the hard disks of its users-, as well as different versions of AI services to suit all customer profiles and needs.

Learn more about cloud technology in our full article here.

Biased decision-making
We must not forget that machines can only execute the tasks they were programmed for, so any deviation from the pre-filled facts or guidelines that govern an AI device can produce useless results or outcomes based on erroneous decision-making. In case improvements or adjustments are required, the only alternative is to manually alter its codes and this involves both expert intervention and a high cost.

On the other hand, Artificial Intelligence must operate based on reliable and trustworthy data; otherwise, we compromise our information to hacking and cyber espionage.

We also cannot overlook the fact that Artificial Intelligence's creative potential is still null and that this limits its ability to solve problems or "think outside the box." An example is Quill, the Forbes bot that can only write reports based on previously processed data.

But perhaps the biggest risk of conditioned decision-making in AI is the one that comes from human bias. If the person programming an AI machine includes discriminatory information about certain groups -or otherwise excludes them from a database-, this will end up reflecting the choices of the machine in question. One of the most high-profile cases is that of COMPAS, an algorithm used by courts in Florida and other states from the U.S. to predict the likelihood that a defendant will recidivate. A 2016 investigation found that the algorithm was particularly biased against African-American defendants.

Specialized skills
Finally, there are very few profiles with the expertise and skills needed to implement Artificial Intelligence on a larger scale. It is becoming increasingly urgent for higher education to consider programs in this discipline and for the private sector to invest in qualified personnel.

Another important aspect that companies should take care of is their existing human capital, one they could train in the appropriate knowledge about Artificial Intelligence. Instead, many leaders are currently replacing their staff with AI robots, something that is not only costly but will ultimately affect unemployment rates. The ideal formula will always be one that includes super-capable machines but also humans with the skills to manage them and know their components.

In this decade, Artificial Intelligence has entered a new era.

After years of research, at Algotive we patented Autonomous Artificial Intelligence, which takes the possibilities of this technology to another level. The idea behind Autonomous AI is to orchestrate different interconnected technologies to facilitate response and action-taking in critical industries, such as security, banking, and more.

Also, Algotive's Autonomous AI solutions are compatible with today's most widely used hardware and software equipment, which implies a cost reduction in implementation and integration.

But above all, Autonomous AI seeks to facilitate the use of advanced technologies through direct collaboration with human operators. In short, we offer, more than technology, a true autonomous colleague that elevates everything we do.

If you want to learn more about how this technology works, read our guide to Autonomous Artificial Intelligence here.

And also, learn about vehicleDRX, our Autonomous AI solution for public safety here.