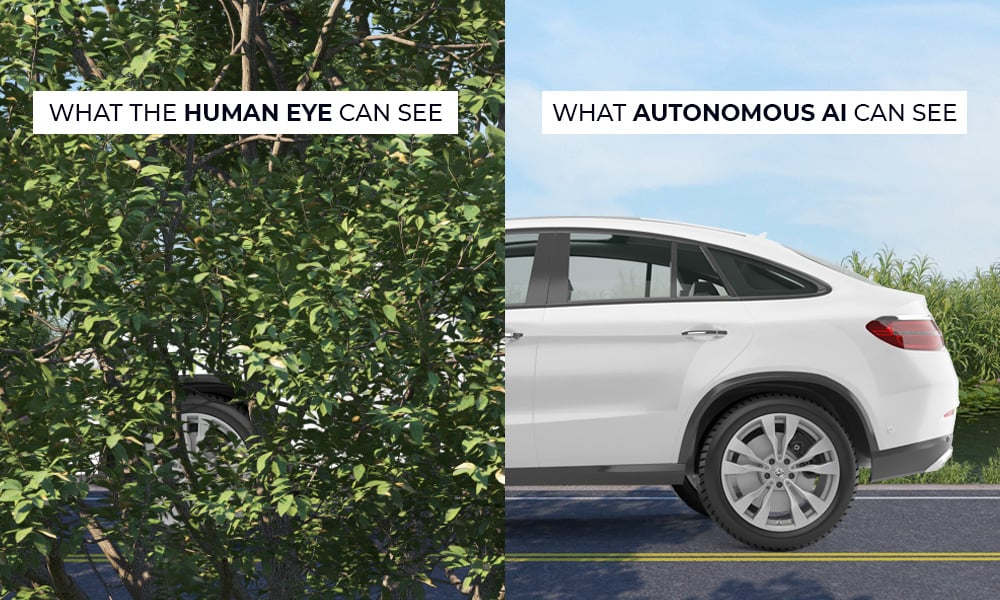 Welcome to the future of vehicle search and tracking

vehicleDRX is an autonomous AI video analytics software and hardware application. It was created to boost the vehicle search and tracking capabilities of law enforcement agencies and state governments by making the most of their video surveillance networks.

This technology redefines the relationship between security officers and the machines they use every day, allowing them to work as collaborators to achieve a common goal: to increase safety on the streets and protect the citizenry.

More than a tool: an autonomous public safety ally

Our autonomous AI application will transform your day-to-day operations and boost their efficiency.

Just by entering some basic data, our autonomous AI application tracks any vehicle of interest in seconds, even in adverse conditions, such as natural precipitations, obstruction by objects or people, and unfavorable camera angles.

vehicleDRX technology analyzes the operations center’s video files exhaustively to get a clearer picture of the situation in real-time. This same mechanism allows it to predict possible routes to support human monitors and officers.

vehicleDRX enables officers to do a better job in a holistic manner. The capabilities of vehicleDRX are not only useful during emergencies. Its video archive and specialized features allow it to support officers in open and forensic investigations.

A new era in video analytics for public safety

The application has autonomous artificial intelligence algorithms at its core, allowing the system to learn from every situation and optimize results. This opens up new collaborative possibilities that will revolutionize the world. 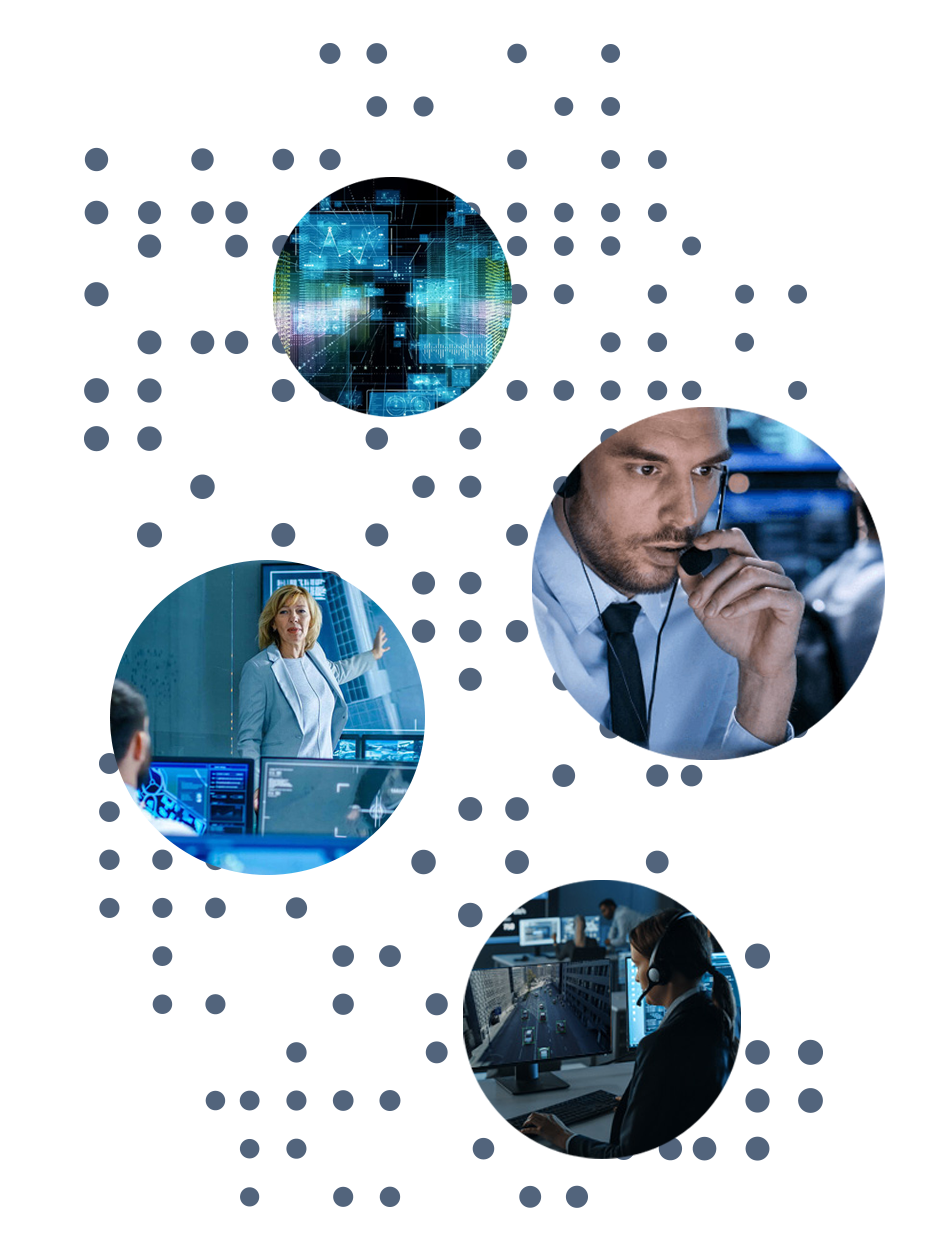 The features of your new law enforcement colleague

Compatible with any IP cameras

Who is it designed for? 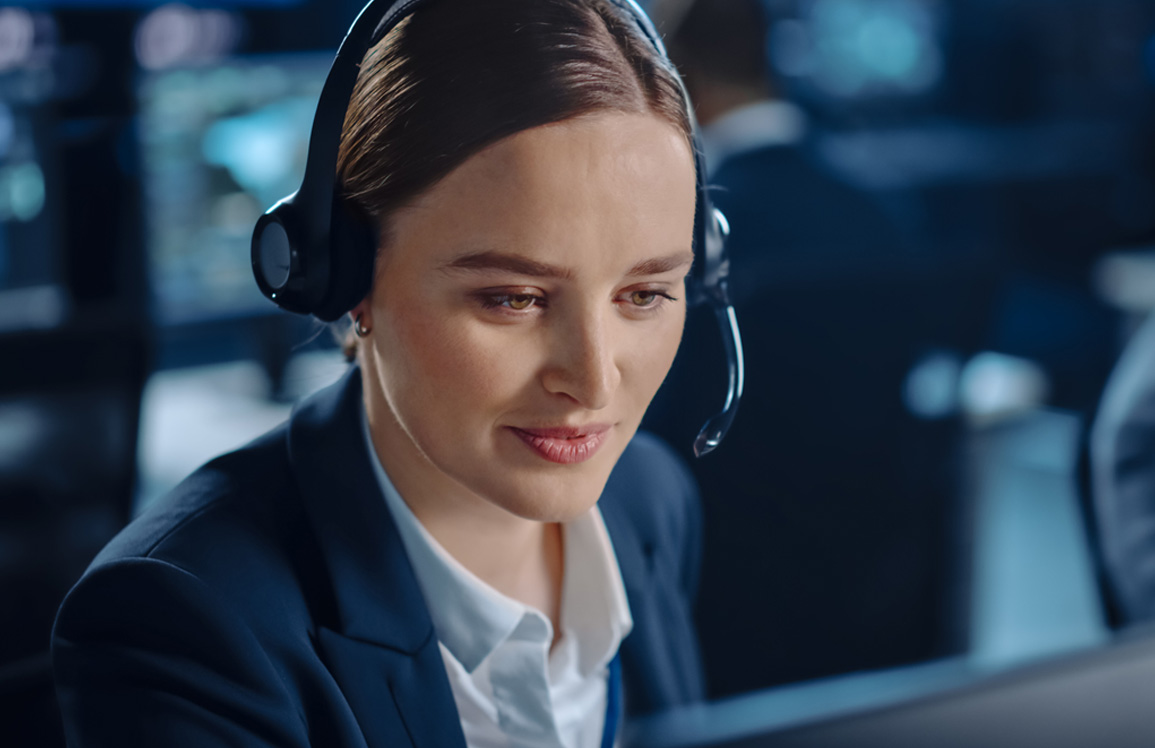 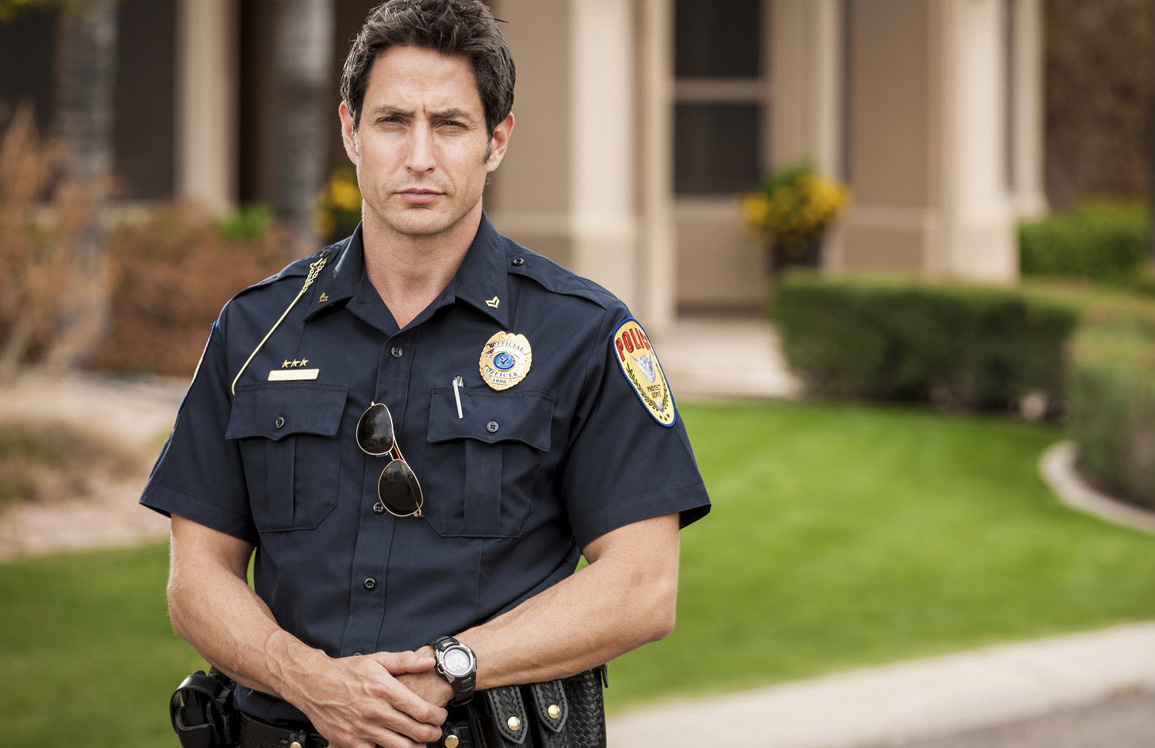 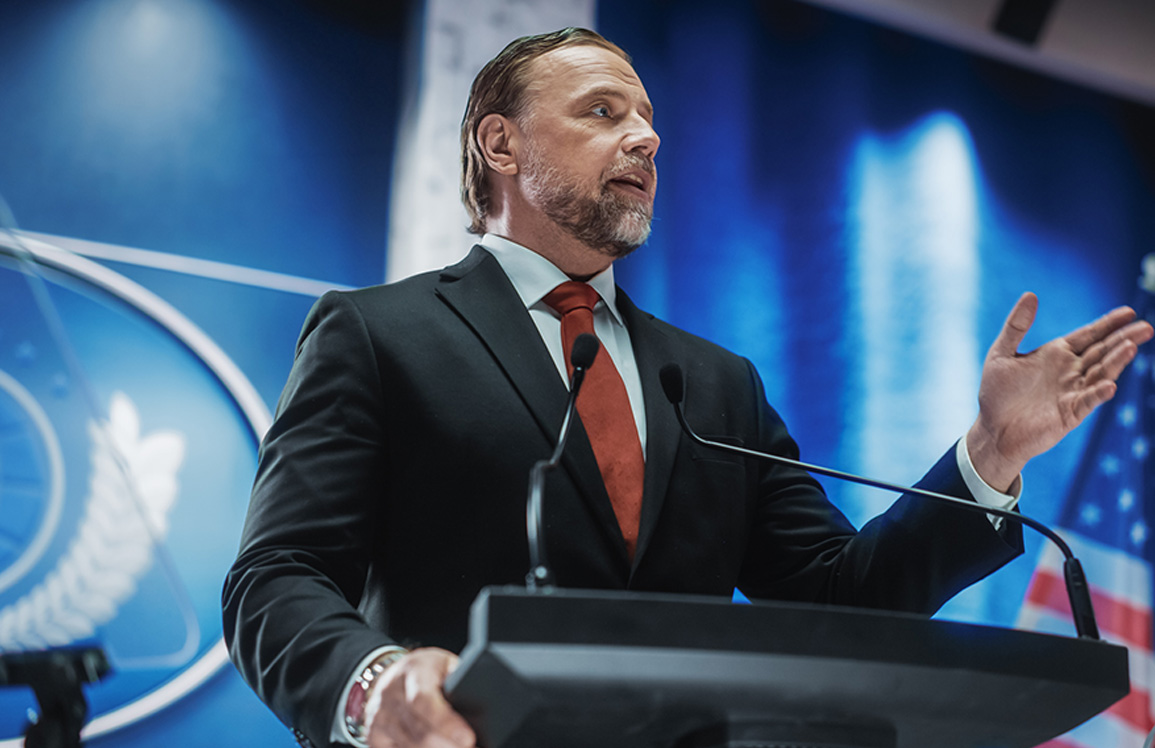 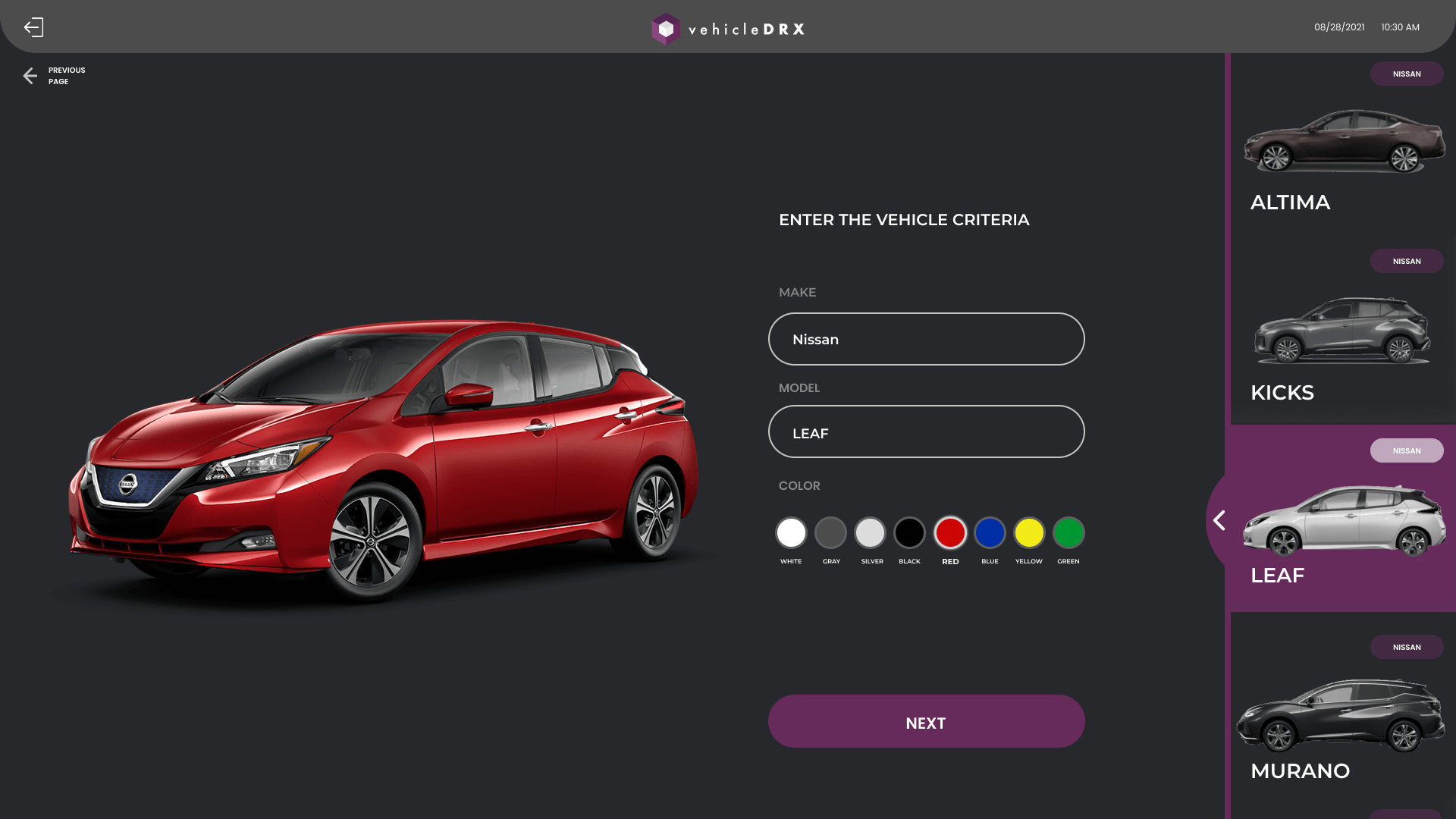 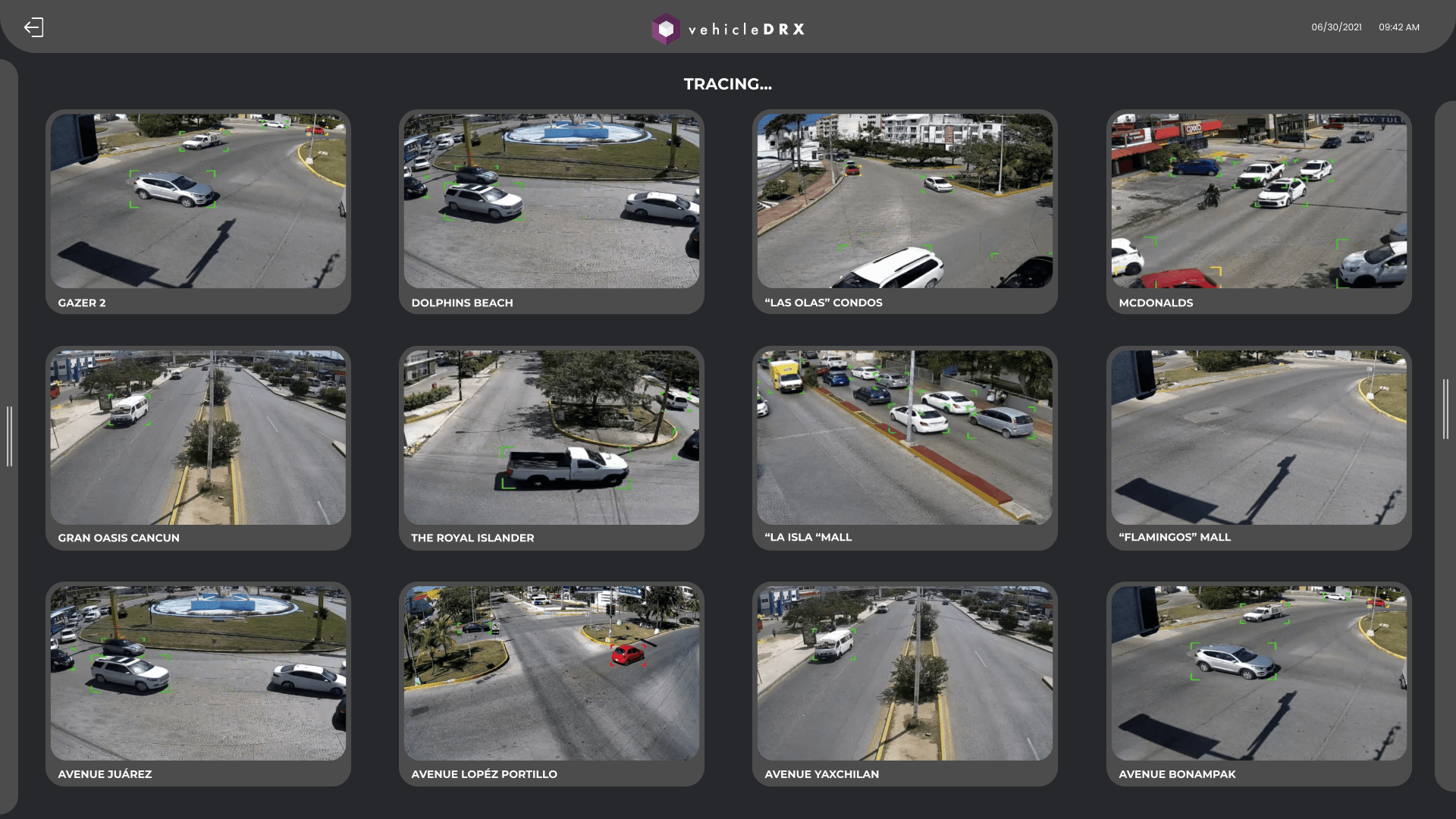 vehicleDRX will find and track the vehicle

Our AAI will track the vehicle’s direction, speed and predict possible routes.

vehicleDRX will monitor the target under any conditions

Unless directed otherwise, our AAI will keep tracking the objective tirelessly with utmost precision. 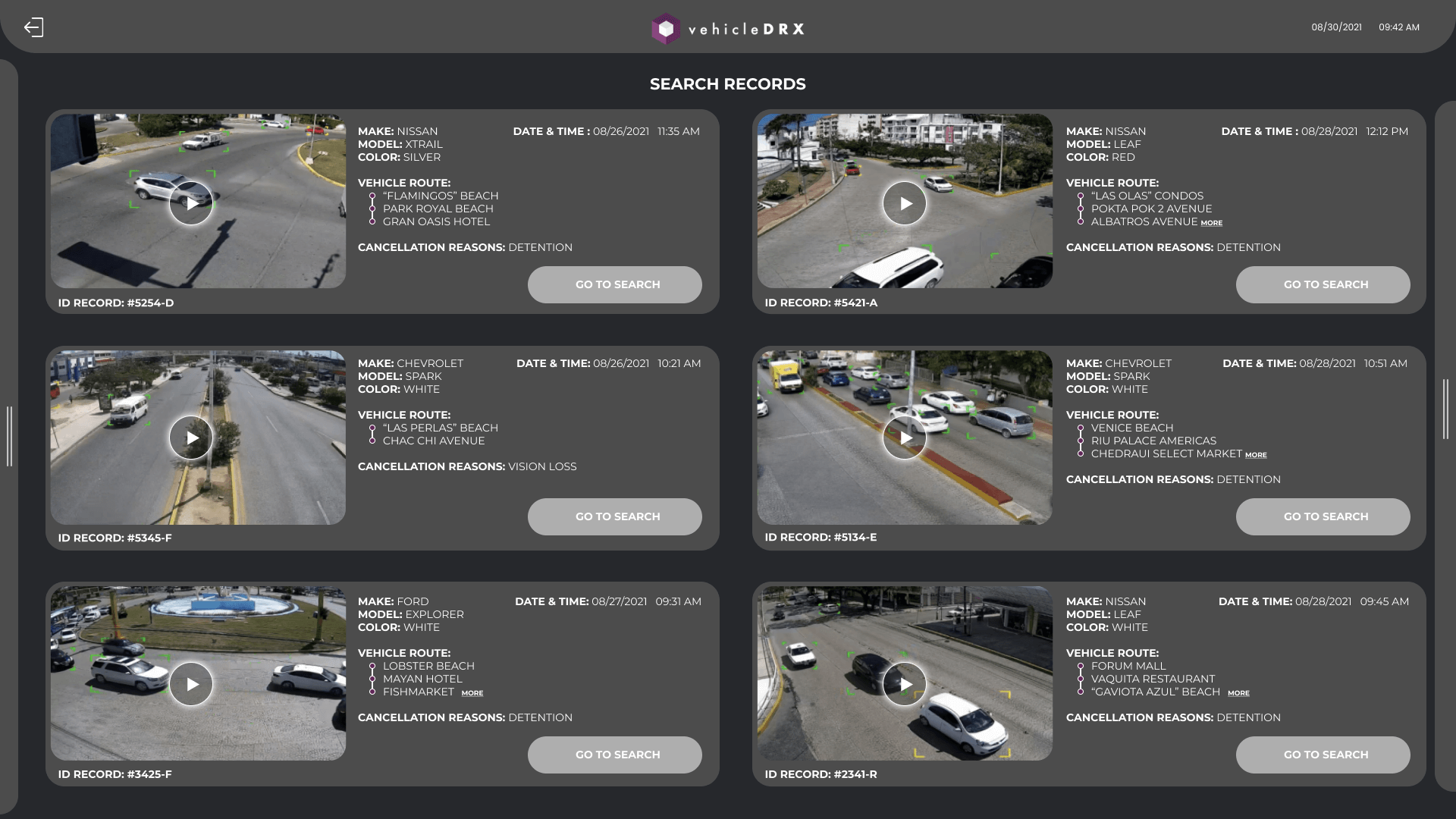 vehicleDRX will document each event thoroughly

After the vehicle search ends, our AAI will compile all relevant data for future reference.

vehicleDRX is more than just a pioneering application in video analytics in law enforcement: it is a technology designed by a team of experts in security and technology whose mission is to improve the standard of living worldwide.

Our team is composed of experts in technology and in high criticality security operations. They are aware of the power of combining autonomous AI and video analytics.

vehicleDRX is a “plug and play” application that is compatible with industry-standard cameras and VMS. This means that the application can work with the technology used at most Security Operations Centers immediately.

vehicleDRX's autonomous AI is a solution whose systems learn over time, achieving the required tasks and exceeding the established long-term objectives. This is just the beginning of the AI revolution.

vehicleDRX is the next generation in video analytics for law enforcement. It's a solution whose value goes beyond the cost savings this system offers. It opens up new possibilities to create a better future.

Lead your public safety team to success with vehicleDRX